The police arrested and used violence towards Qamil Xhani,Vice President of AEJ Albania and Editor in Chief of Koha Jone newspaper 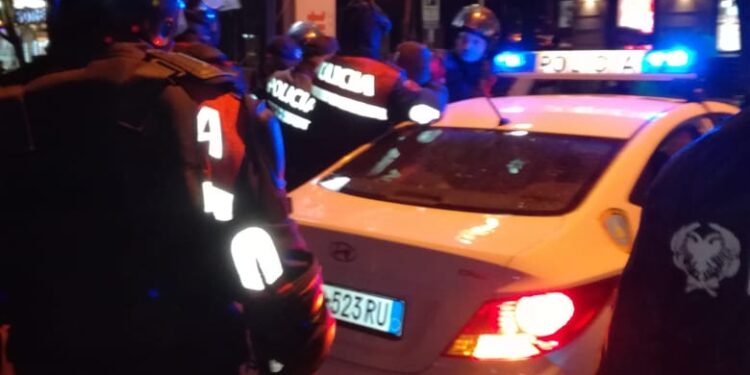 Urgent: The police arrested and used violence towards the vice President of the Association, Editor in chief of Koha Jone newspaper
Three days in a row, in Tirana there have been violent protests, after the police shoot and killed a 25 years old because he didn’t respected the covid-19, measures by going out at 2 am.
After this killing, violent protestes have happened in the capital, the Interior Minister resigned, but not the head of the Police.
Yesterday another demonstration took place, and the police arrested the vice President of the Association Qamil Xhani, editor in chief of one of the oldest and respected newspaper Koha Jone.
They arrested him at the newsroom, while he was filming the arrest of 3 or 4 protesters, at the yard. They used violence towards him, even he told them who he was, and deleted the tape from his cell phone.
Below is the video of the arrest.
https://youtu.be/Q1h92LZVSaE
https://kohajone.com/forcat-speciale-arrestojne-kryeredaktorin-e-gazetes-koha-jone-qamil-xhani/
The Greek Section of AEJ and AEJ Europe condemn this aggressive attacks to journalists. We call the Albanian police and the Albanian government to respect the freedom of press and refrain from attacks towards journalists.

Τhe April edition of the JFF newsletter, we’re looking at the relationship between community foundations and journalism
28 Απριλίου, 2022