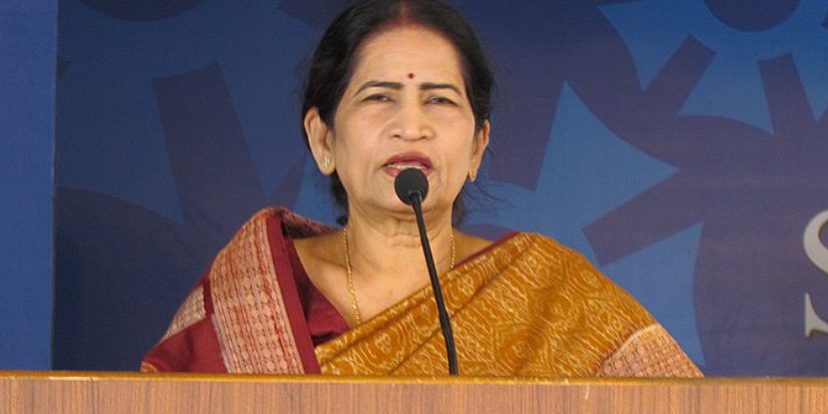 Eminent writer and Jnanpith Awardee Dr Prathibha Ray announced the fourth Panorama International Literature festival 2023 conducted globally by Writers Capital Foundation. The world-record-winning literary festival for being the lengthiest literature festival dedicated to humanity is scheduled to be held from 1-31 of January and will feature ‘Air’ as the theme.

“Man is lonely today because he builds walls instead of bridges. Literature builds bridges and breaks down walls and enriches human personality,” said Dr Prathibha Ray announcing the event. “The theme of the festival which discusses both philosophical and environmental aspects of air is relevant in the present day. I hope that the platform would facilitate excellent deliberations, cross-cultural communication and a reaffirmation of the power of the written word,” she added.

The festival will be held in hybrid mode this year where delegates will be presenting their works virtually as well as physically at national festivals in the participating countries. In India, the festival is being partnered with the Central University of Kerala and Kerala Sahitya Akademi. Though internationally, Spain is hosting the event, the national event in India will be held in Kerala Central University campus in Kasaragod of Kerala.

It is the linguistic/cultural diversity of Kasaragod, a land of seven languages, that attracted the Panorama International Literary Festival to the district. Writers from different parts of the country are participating in the three-day event in and around the campus. Various departments in the university jointly lead the programme.

Unlike other literary festivals, Panorama International Literature Festivals are held as literary sanctuaries where places of historic and culturally significant places will become the venues for various sessions. Apart from visiting various historic locations in Kasaragod, the group of delegates will also learn art forms like Theyyam (Daiva) which are prominent in the northern part of Kerala which was formerly as part of Karnataka.