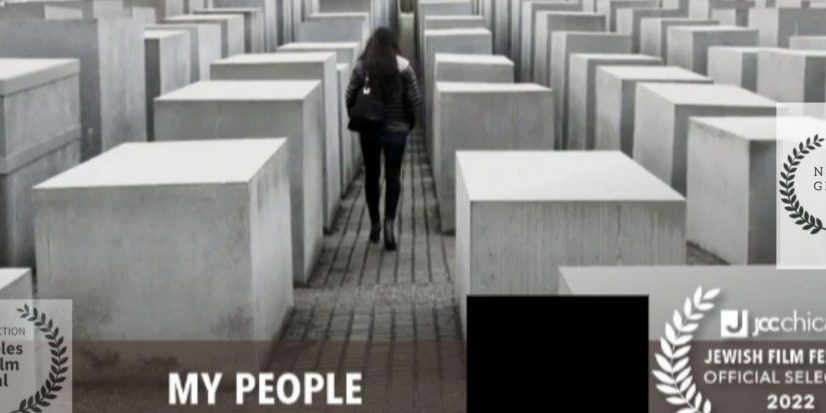 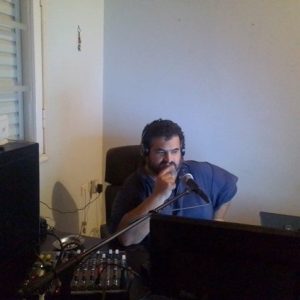 Born in Greece and known from the “The Good Wife”, her collaborations with Amos Poe & Mikis Theodorakis , the pages of fashion magazines… and her “Let there be Love” hit song… Anna Rezan is becoming globally known as one of the most important film makers of her generation… 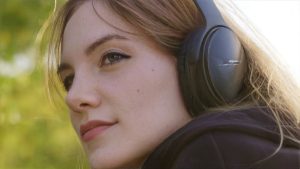 It seems she has made an indelible mark on the world of cinema. Most Americans remember her as the seductive, singing androgynous, dancing provocative creature in Amos Poe’s PSA, “Happiness is a Warm Gun” of the Beatles. However, her awarded directorial debut has impressed audiences, critics and peers across the world.

Rezan is a striking beauty and as a director, she has a remarkably intuitive gift and created a phenomenal documentary – with the fuse often lit during the first frame of the it. The pacing, the esthetics and the fluidity – there is an inspiring authenticity within the project. The film is a passionate love letter to Greece and it’s unknown historical events during WW2.

At the same time over the past years she has acted in fourteen feature films and four TV shows. Her feature documentary “My People” have won her critical acclaim and a multitude of highly coveted nominations and wins. These accolades include, but are not limited to, the Audience Award by the Hellenic Film Society. We had the chance to sit down with the Greek American phenomenon actress, to ask her a few questions about her upbringing, the joys and the trials of being a movie director, and her new ventures.

Dimitris Kannavos: What do you think about the movie industry in the USA, as opposed to Greece?

Anna Rezan: I’ve met really interesting people. Very opened minded and free spirited people. Hence, It is much easier to network and the States. I have formed a family in the USA.

Dimitris Kannavos: I read that you had wanted to be a standup comedian also at some point, and there are a lot of hilarious moments of you throughout your career. While you have tackled or acted in dramatic matters such as the catastrophe of Ismir, the Holocaust and the dictatorship in Greece you still state that romantic comedies is your favorite genre. Has humor always been a part of your craft?

Anna Rezan: I am very happy for the chances I get to act or producer or director dramas. At the same time I’d love to receive more offers to do comedy. Plus I am the ultimate Disney geek.

As far as “stand up comedy”, there have been moments…such as when I hosted the film awards ceremony in Berlin. In addition I like to treat dramatic situations with funny dialogues or love it when directors I work with do. I like to mix both for balance. I have a passion for funny people, actually. I love to spend my time with funny people and I love to make people laugh.

Anna Rezan: I believe that comedy is valuable and to be able to make people laugh is a gift. I think it’s about time that Academy Awards are being more often presented to feel good movies, inspiring romantic comedies and to great comedians. 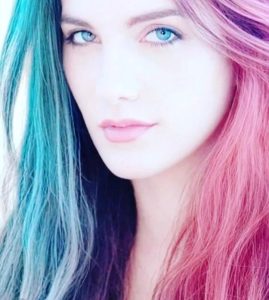 Dimitris Kannavos: Speaking of Academy Awards,you had two Academy Award winners co producing My People with you. Thats Fabulous. They trusted you to work on something as complex and demanding at such a young age. That’s how it should be. That’s a mature approach I guess.

Anna Rezan: I have been lucky. I am a hustler also.I have had many experiences…a very powerful one was making this film and working with these people; also as a woman, as a director, as a lover, as a friend—everything. I understand now that experiences not necessarily bring maturity. Evaluating these experiences bring maturity. Work with thyself and therapy brings maturity. We humans need to start with happiness…but we get to learn this through life…The meaning of life is simple…just to live it and live it well, meaning happily. I feel blessed to be able to inspiring and encourage people. I am grateful to those that inspire me and make laugh …make me believe more in my self and in life.

Dimitris Kannavos: When did you discover film?

Anna Rezan: My mother wanted to become and actress and my dad a director.They didn’t reveal that to me…up untill I had a career and I wish they had.But they loved the arts and my mom still does. My dad rests in peace.

I knew that she’s a cinephile. Dad was too. I was watching movies on TV with my parents and when I would see people my age in a film like Lindsey Lohan or Mary & Ashley Olsen I would pause the video, get the address of the studio in the US and write a letter to the production company that I want to work with them (laughs). Also I was using my parents videocamera to film my classmates, dress them in Halloween costumes and have them stage something.

As a teenager films, especially romantic comedies shaped me, changed…and in some occasions saved my life. 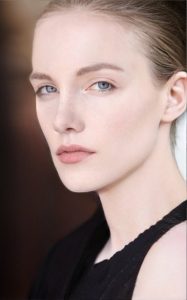 Dimitris Kannavos: Did you face a lot of difficulties?

Anna Rezan: Come on …the #metoo movement is as real as it gets…for example…
and it’s just a part of the story…

Dimitris Kannavos: What does it feel to be the president of the Jury at the “Bridges” Peloponnese Film Festival 2022?

Anna Rezan: I’m honored and humbled. Petra Terzi is doing wonderful work with this festival. She loves to support women in film and I also do. Her energy is powerful. It’s an incredible opportunity for people to discover the immense beauty of Peloponnese also. The film festival strives to encourage artistic innovation, promote new and creative filmmaking, and foster discourse about independent film.

Dimitris Kannavos: What’s next for you? You are gifted performer and song writer…

Anna Rezan: I just acted & performed in Anastasia’s Sima and Lazaros’s Lazaridis new film in NYC. I am very excited to be working with my music producer Andreas Giatrakos of Sonar music on some new songs… in collaboration with Krysanne Katsoolis and SoundPark.

We are about to launch a duet with…Craig Walker … I’ve been a fan of his for many years.

Dimitris Kannavos: My People is about to have it’s Colorado Premiere at the Vail Film Festival! Really exciting .

Anna Rezan: It’s a real honor as the Vail Film Festival is produced by the Colorado Film Institute and it’s an organization dedicated to showcasing independent film…
I am grateful to Sean Cross and Scott Cross.

We are currently promoting My People. We will have our New Jersey premiere hosted by AHEPA and various other locations. Our International premiere will happen soon, hopefully at the Thessaloniki Documentary Film Festival that is very close to my heart.

Dimitris Kannavos: What about your other passion…and big love? Acting…

Anna Rezan: I will be acting in Fatmir Doga’s new projects .Fatmir is dear friend and we believe in promoting the relations between Greece and Albania. I will get back to the States to work on an amazing new project by David Lipper and to co star in Douglas E Ewen film. It is all very exciting.

Dimitris Kannavos: Will you be acting in Greece at all?

Anna Rezan: Yes but in a Finnish film by Taavi Vartia. I am developing a feature with acclaimed Amazon writer Kostas Rethymniotakis about James Williams. I will possibly be working on something with Kostas Kostopoulos, one of my favorites. I’m always happy to get offers from Greek directors.

Dimitris Kannavos: Is there room for your personal life?

Anna Rezan: It’s actually my priority. While growing I realized that my well being comes first. I love what I do and I’ve given quite possibly too much but my chosen person and my friends are most important to me.
Thank you. 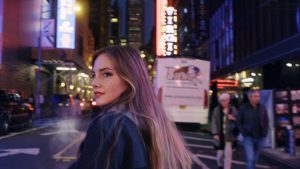 You can follow the film and Anna Rezan here:

“My People” cinematography by Zaf Haitides

Anna Rezan on promoting her directorial debut ‘My People,’ excting new ventures and being happy…(Interview)