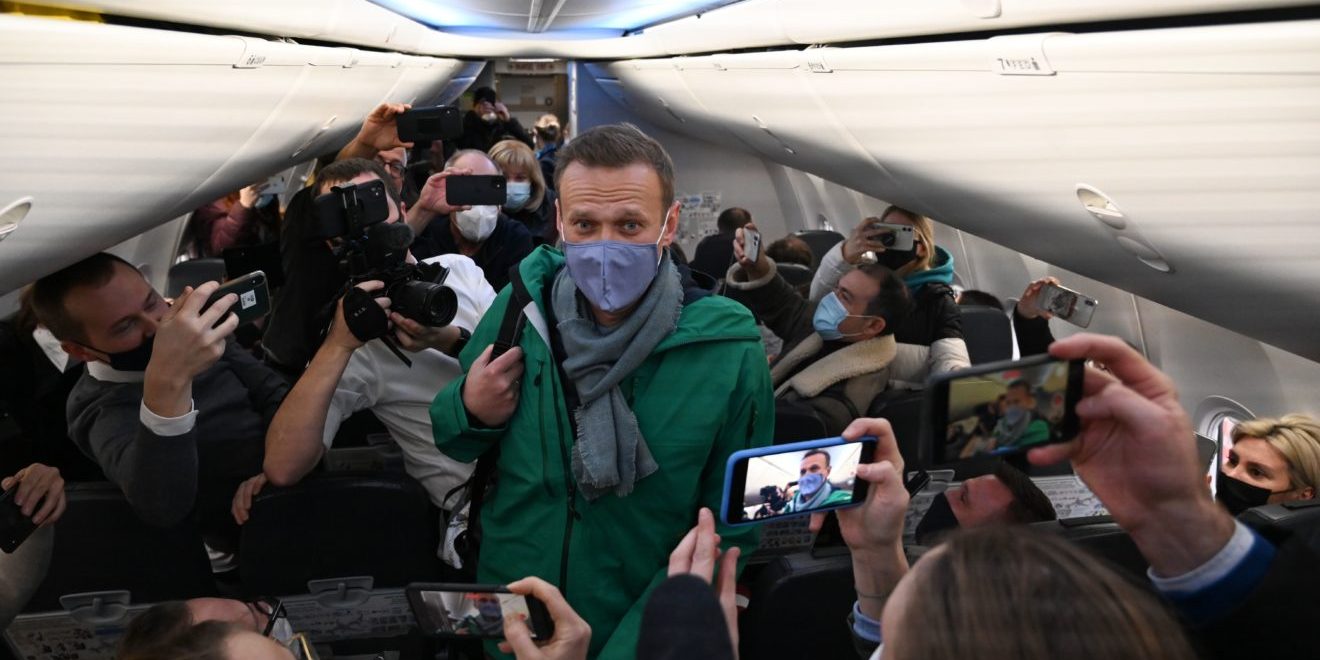 AEJ STATEMENT ON THE DETENTION OF ANDREI ALIAKSANDRAU AND OTHER JOURNALISTS HELD IN BELARUS
18 January, 2021

The Association of European Journalists strongly protests against the detention since 12 January of Belarusian journalist Andrei Aliaksandrau on public order charges. We call for his immediate release and the freeing of eight other Belarus journalists being held in jail in connexion with their reporting of public protests against the government.
Aliaksandrau is a long-time associate of the AEJ. He was a deputy chairman of the Belarusian Association pf Journalists from 2009 to 2012, and is the founder and chief editor of the news website Belarus Journal. 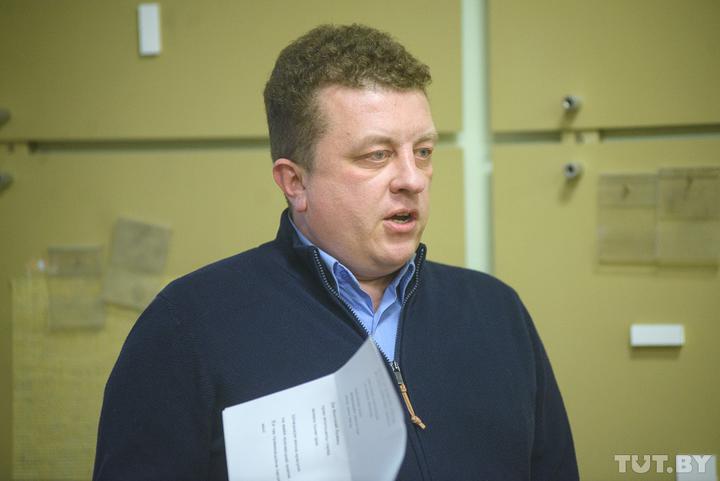 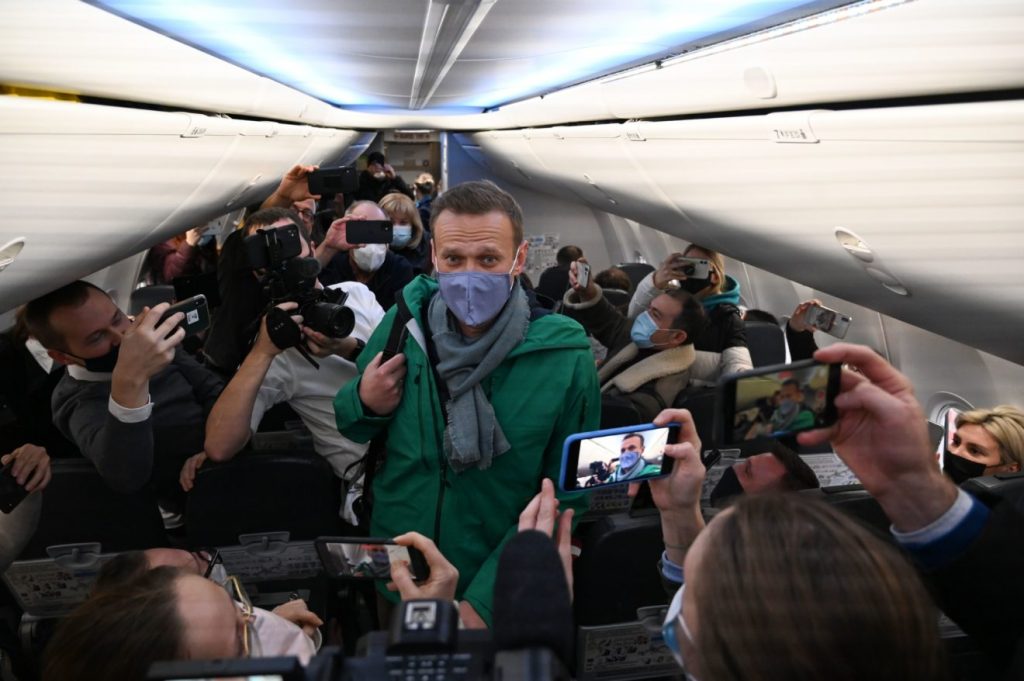 Following flawed presidential elections in August last year, hundreds of journalists have been arrested in Belarus in an often violent crackdown by the government of Alexandre Lukashenko, who had already held power for 26 years continuously. Large public protests have continued in Minsk and other cities since the election, and numerous journalists as well as protestors have reportedly been assaulted and suffered injuries at the hands of police. Many foreign media workers in Belarus had their press accreditations withdrawn and several were expelled.
The European Union has not recognised the legality of the election, saying it was ‘not free and fair’. And an investigation supported by the Organization for Security and Cooperation in Europe found massive and systemic violations of basic rights before and after the poll.
Last November the Belarus Association of Journalists was awarded the prestigious Media Freedom Award from the Global Media Freedom Coalition, now made up of over 40 countries, that was established in 2019 by the UK and Canada. The award citation recognised the BAJ for its commitment to covering human rights and election fraud in the face of violence and threats. It also stated that Belarusian journalists reporting on the mass protests had been beaten, had their equipment damaged, and that some had been sent to jail because of “unfair court decisions”.
All Belarus journalists arrested or detained for reporting on last year’s fraudulent elections must be freed and investigations against them stopped. Full, effective criminal investigations must be carried out to identify and penalise police and other security officials who have mistreated and abused members of the media at the protests or in custody.
Signed:-
William Horsley, AEJ Media Freedom Representative
Otmar Lahodynsky, AEJ President
—————————————————————————————————-
https://aej.gr/2021/01/20/navalnys-arrest-aej-calls-for-severe-sanctions-on-russia-by-eu-leaders/
NAVALNY’s arrest: AEJ calls for severe sanctions on Russia by EU-leaders
No „constructive engagement“ with Moscow because of gas-pipeline
The arrest and imprisonment of Russian opposition leader Alexei Navalny on his return to Moscow from Berlin on Sunday was “an assault on human decency and basic European values” the „Association of European Journalists“ (AEJ) said today, backing EU calls for his release. AEJ-President Otmar Lahodynsky: „In a mockery trial Nawalny was sentenced to 30-days’ imprisonment, while the Russian justice authorities so far refused any investigation about the poisoning of Nawalny as Russian citizen on Russian soil, apparently on the order of the Kremlin.“
Navalny, whose blog has won him enormous popular support,  called  his treatment a „lawlessness of the highest grade”, and in a video address told the protesters and numerous international journalists outside the police station: “Don’t be afraid. Take to the streets, not for me, but for yourselves, for your future.”
“Nawalny has shown extraordinary courage in returning home”, Lahodynsky said. “For him to be locked away on spurious charges is unacceptable.” The AEJ unreservedly condemned “constructive engagement” if it meant quietly accepting Putin could kill whoever he found inconvenient. AEJ called for more and severe sanctions on Russia by the EU-leaders who will debate Nawalny’s fate at their EU-summit on January 21st.
In no circumstances should the silencing of Navalny be blinked at in the name of maintaining “constructive engagement” with Russian President Vladimir Putin, Lahodynsky said. There was a real, obvious danger that Navalny would now be “disappeared”. 70 journalists and Navalny supporters had been simultaneously arrested all over Russia, according to the BBC and press movements – including that of European and American colleagues – restricted as far as possible.
The plane carrying Navalny and numerous journalists was at the last minute diverted from Vnukovo-airport, where thousands of supporters and pressmen were waiting for him, to Sheremetyevo  (north of Moscow) an hour’s drive away. The roads were closed to stop anyone from meeting him there.
With the help of investigative journalists, Navalny sensationally impersonated a FSB (Russian secret service) officer over the telephone. One of the agents who had tried to kill him five months ago with the toxic chemical Novichok in Siberia, revealed to him how the poison was secretly put on his underwear. Nawalny collapsed later in a plane to Moscow and was put to a hospital in Omsk. Later he was flown to Berlin for medical treatment which saved his life.
The arrest of Navalny, 44, after his return to Moscow comes as the controversial Nord Stream 2 natural gas pipeline between Russia and Germany nears completion. The 11.6 bn $ (so far) project would deliver Russian gas to Germany and make it a regional gas hub.
How the European Union behaved over Navalny was evidently connected to the Nord Stream issue, Lahodynsky said. He noted that while German government support for the project had remained solid, the outgoing US-administration put sanctions on a Russian ship and a Russian company involved in the pipeline-construction.
Category: ΔΗΜΟΣΙΟΓΡΑΦΙΚΑ ΝΕΑBy Georgia Tasiopoulou20 Ιανουαρίου, 2021Leave a comment
Tags: ANDREI ALIAKSANDRAU
Share this post
Share on FacebookShare on Facebook TweetShare on Twitter Pin itShare on Pinterest Share on LinkedInShare on LinkedIn

The Association of European Journalists AEJ – Cyprus  invites you in an online discussion titled “Media Freedom in Europe”
7 Δεκεμβρίου, 2022